In the latest iteration of the ongoing litigation involving CBS Corporation and its controlling stockholder, the Court of Chancery recently provided a textbook summary of the general rule that directors have the right to unfettered access to corporate data, with three general exceptions. In the case styled In re CBS Corporation Litigation, Consol. C.A. No. 2018-0342-AGB (Del. Ch. July 13, 2018), the Delaware Court of Chancery explained that one of those exceptions to the general rule applied to prevent directors who were adverse to a Special Committee from obtaining communications with counsel for the Special Committee. This quintessential Delaware corporate litigation case has garnered extensive coverage in the trade press and most major media outlets. 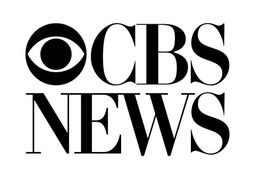 The directors of CBS affiliated with the controller of CBS were prevented from obtaining the privileged communications between the CBS Board’s Special Committee and its counsel. The court found that other records requested fit in the category of the general rule that entitled the directors to communications between the company and its corporate counsel.  Still other document requests would require further factual development before a decision could be made on whether or not they should be produced.  A prior decision in this case was highlighted on these pages.

The three general exceptions to the rule that directors have unfettered access to corporate data are as follows: (1) based on an ex ante agreement among the contracting parties; (2) a board can act pursuant to DGCL § 141(c) and “openly with the knowledge of the excluded director to appoint a Special Committee.”  That committee would be free to retain separate legal counsel and its communications with that counsel would be protected; and (3) a board or a committee can withhold privileged information when sufficient adversity exists between the director and the corporation such that the director could no longer have a reasonable expectation that he was a client of the board’s counsel. See Kalisman v. Freidman, 2013 WL 1668205 (Del. Ch. Apr. 17, 2013). See also SBC Interactive, Inc. v. Corporate Media Partners, 1997 WL 770715, at *6 (Del. Ch. Dec. 9, 1997).