In the first of two decisions on the same day addressing two separate covenants not to compete, in Lyons Insurance Agency, Inc. v. Wilson, C.A. No. 2017-0092-SG (Del. Ch., Sept. 28, 2018), the Delaware Court of Chancery explained the essential elements for enforceability of a non-competition provision in an agreement. The second case highlighted below deals with the interfacing and tension between California law and Delaware law on this topic. Many other decisions involving covenants not to compete, or non-competition agreements, in general have been highlighted on these pages over the last 13 years. 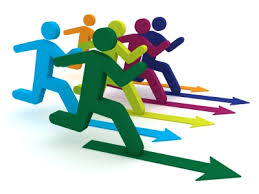 The Lyons case involved a rather lengthy procedural history, but for purposes of this brief blog post the most notable facts involved an employee of an insurance agency who attempted to bring his “book of business” to a new agency notwithstanding a covenant not to compete.  A Pennsylvania court had granted an injunction to prevent the enforcement of the covenant not to compete, but after that injunction expired in two years, the employee left for another insurance brokerage.  The Lyons Insurance Agency sued to enforce the covenant not to compete that it had made the employee sign before he joined a third employer–which he joined in just over two years.

The court in this case refused to grant a preliminary injunction because of a liquidated damages provision which raised questions about irreparable harm. This decision was presented on cross-motions for summary judgment.

This decision includes the familiar prerequisites under Delaware law for the enforcement of a covenant not to compete. See page 14.  The three basic elements familiar to most readers are that a covenant not to compete under Delaware law must: (1) be reasonable in geographic scope and temporal duration; (2) advance a legitimate economic interest of the party seeking its enforcement; and (3) survive a balancing of the equities in order to be enforceable. See footnote 85.

Notable about this case is the nuance involving the geographic scope of the territorial area that was restricted under the applicable clause. See page 15.

The employee argued that the covenant was not enforceable because the geographic scope was undefined and too broad. The court disagreed.  The most important aspect of this nuanced issue is that the court relied on prior case law to enforce non-competition agreements that limited activity that “competes” with a former employer, which is enforceable, as opposed to a provision that seeks to limit activity that is “merely similar to” the business of a former employer—which is not enforceable, even when a geographic area is not specified. See footnote 91.

Lastly the court discussed the remedies available in this case, which required further clarification of factual issues by the parties. This decision includes many practical statements of law that have broad application for those who labor in the field of commercial litigation.

By contrast, the instant decision in the NuVasive matter applied a new California law, that was enacted after the Ascension case was decided, now known as Section 925 of the amended California Labor Code.  Section 925 as amended exempts from the California law that restricts importing the law of another state for covenants not to compete, those instances where the employee is “represented by legal counsel in negotiating the terms of the choice of law provision in the covenant not to compete.” See page 2.  In this case, the former president and COO of NuVasive was represented by counsel in the negotiation of the choice of law and forum provisions of the employment agreement at issue.  Although Section 925 is not retroactive under California law, the court found that the California legislature strongly expressed the public policy of California which in this case allowed the enforcement of the choice of Delaware law by the parties, as well as the choice of Delaware forum.